You who really like old cars, only unfortunately the models from the 70's and 80's are priced absurdly expensive?

So, let's introduce you to some great 80's and 90's car options that are still not as overrated as the older ones!

There are certainly several interesting cars made at that time. We know that in the 1990s, it was without a doubt the most agitated in the Brazilian automotive market.

It was there that the Brazilian government opened the market and allowed the importation of vehicles in Brazil, complicating the automakers that produced their models here in the country.

If you stop and think about what was, or what is, the best car from the 90s to today, we are sure to have a lot of different opinions.

Some will think of the simplest and cheapest models. Others will say it's the luxury cars or iconic sports cars of the '90s.

In line with all this, we ended up making a list of the most emblematic models of the 90's. The famous time that marked the lives of many people.

In the 90s, Chevrolet was the brand that most presented luxury models, the Opala has always been the dream of many, but its production ended in 1992.

They considered the model to be outdated and too drunk, but its luxury and great performance made the car loved to this day. This is one of the most desired models of the time and certainly to this day.

In 1989, Volkswagen launched the sporty version of the Gol, the GTi being the first car with electronic fuel injection manufactured in Brazil.

Unlike the other VW Gol models that had already been launched, the GTi arrived with Recaro-type seats, steering wheel and leather shift lever. In addition to auxiliary headlights, wraparound bumpers, and 14-inch light-alloy Orbital wheel.

The GTi model came with a 2.0 AP2000 engine, the same as the VW Santana, but with the electronic injection differential. With an incredible 120 hp of power and 18.4 kgfm of torque, taking the sports hatch from 0 to 100 km/h in just 10 seconds.

In 1994, Volkswagen brought the second generation of the Gol Gti to Brazil, inspired by the “ball generation”. The car had its designer modified, giving it a more modern and clean look.

The engine received multipoint electronic injection, and getting 109 hp of power and 17 kgfm of torque, due to the use of the catalytic converter.

At the time it was launched, in 1992, it arrived like a monster in the Brazilian market. Portajt0 a model that was far superior to all models that were sold here in Brazil.

Finally, in that generation, the Omegão innovated with luxury items, not to mention the performance of the machine, in its CD version that was equipped with a 3.0-liter six-cylinder engine, which was imported from Germany.

After a while, GM ended up innovating and brought the famous 4.1-liter Opal engine, with some updates, especially in the electronic injection, which was a way to reduce costs and finally replace the 3.0-liter engine that was no longer available in Europe.

The Ford Escort XR3 arrived on the market in early 1983, but it had some changes and in 1993 the vehicle had its generation updated.

The new Ford Escort XR3 was fitted with a new engine.

The Escort was launched with a 2.0-liter AP gasoline engine, already with electronic fuel injection technology. The car was capable of generating its 115 horsepower.

So in the next year, this engine became only ethanol and could generate up to 122 hp of power.

The model offered some types of accessories such as airfoil, manual sunroof, Recaro brand bucket seats, had air conditioning, a better sound system with cassette player and with the option to equalize and also the wheels with 14 inches. 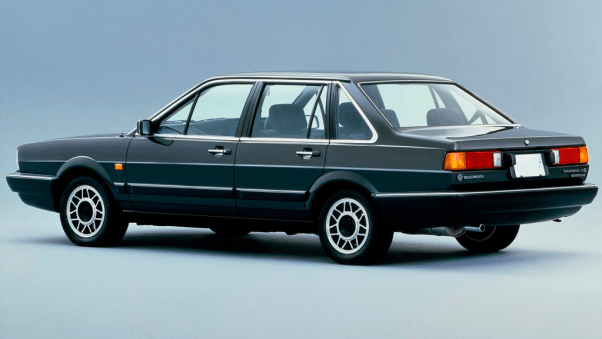 This was one of the mid-sized car models that was very striking at the time of the 90s.

It was launched in 1985, but it was only in 1991 that it underwent changes to compete with imported vehicles, at which time the Brazilian market was reopened for imports.

It became much sportier, with its rear a little higher and its novelty, which was the four doors.

What drew attention in the Santana's changes were the engine he was bringing, a 2.0-liter generating 114cv of power, with an electronic injection system, electric sunroof, cd player, steering wheel with height adjustments and adjustable seats in the lumbar.

Only these changes were well accepted and ended up leaving Santana in the fight with the other imported models.

In the past, this car was not so cheap, so it was more difficult to have such a machine in the garage. So this pickup truck was launched and manufactured between the years 1998 and 2001.

The Dakota came with a 3.9-liter V6 engine or the 5.2-liter V8, capable of generating 232 horsepower. Therefore it was considered as the most luxurious pickup at the time, it certainly marked the end of the 90's with its beauty and technology.

Monza had its launch in the 80s, but it was only in 1991 that it had its big change in look and equipment, starting to have the nickname Monza Tubarão.

The Monza Classic SE innovated with an electronic injection system and other luxury items that only it had at that time, such as the digital panel that was used in the Kadett GSI.

So at the time it was considered the fastest car of the 90s, due to the 2.0-liter 16-valve turbo engine, generating 165hp of power and 26.5 kgfm of torque. Still it came out with two-door versions, or in the Stile version with four doors.

Anyway, this model was the first turbo car of the time.

We know that nowadays there are still some of these cars running around the cities, but unfortunately it is very difficult to find one in good condition. In internet searches, we found values between R$9000.00 and R$30,000.00, depending on the state of the machine.

Square goal was abandoned for more than 20 years